People living with low vision can improve their quality of life by using low vision aids. Most of these aids and devices work with modern, breakthrough technology. The advancement of technology available ten years ago seems primitive compared to today’s technology. Therefore, it is safe to assume that a decade from now, features that are becoming common would seem primitive as technology becomes more advanced every year. How will this affect the lives of people with low vision and who will be the people behind these changes? 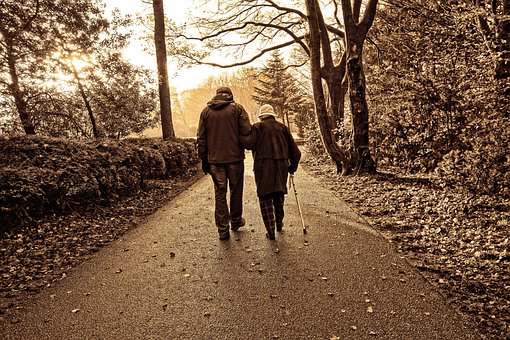 The National Health Interview Survey conducted a survey in 2017 to estimate the number of people in the US living with low vision. According to the survey’s findings, 26.9 million adults in the US have low vision. In the survey, low vision is defined as having trouble seeing while using glasses and contact lenses, or being completely blind.

There are many forms of vision impairment that are defined as low vision. Let’s begin by separating between those with limited or impaired vision and those who are completely blind. Even people with limited vision require assistance in reading and in identifying their surroundings. However, people who are completely blind will require more assistance in understanding their surroundings. In both cases, there is a limitation with tasks and activities that can no longer be performed independently. By using low vision aids, many capabilities can be enhanced and even made possible for the first time. 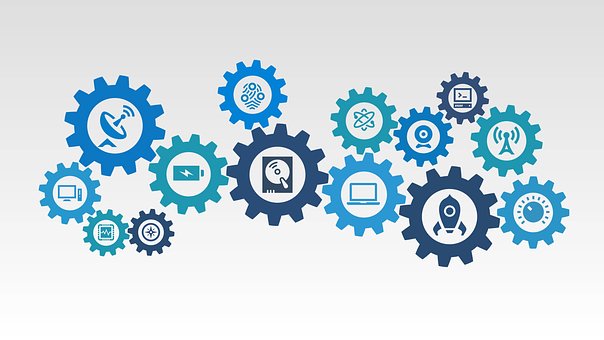 People with low vision and blindness use many different types of daily living aids to help them throughout the day. The devices and tools can vary between white canes and reading magnifiers to color labels on clothes and more. Almost every activity that requires identification and interpretation of visual information requires using one aid or another.

Technology-based low vision aids usually may convey information by audio. This information is processed by advanced technology which translates visual information into vocal information. It may convert written text into a vocal speech that would provide audio information to people using a device.

Using technology, people living with low vision can extend beyond their physical limitations and achieve more in life. For example, instant text reading allows for a visually impaired college or university student to complete their degree independently. Blind or visually impaired employees who require assistance in reading can fulfill their tasks with the help of devices that read for them. Even simple chores such as shopping, which requires identifying items and products are possible with the use of low vision aids.

OrCam is just one of the many Israeli startups making a difference in the world. Amnon Shashua, OrCam co-founder, had a vision of using technology to help the visually impaired. That’s how OrCam was born and became one of the most portable and discreet low vision aids on the market.

OrCam Technologies manufactures the most advanced low vision aids on the market. OrCam MyEye 2 is the most advanced and feature-rich device available today for the blind and visually impaired. It uses a small smart camera that attaches to the user’s glasses and can read text, recognize faces, and identify products. With the simple point of a finger or press of a button, OrCam MyEye 2 takes a picture of the text in front of it, processes the data and sends an audio snippet saying what it sees to the user via a mini earpiece.

“Because the video feed is processed in the device instead of in the cloud-like many mobile apps do, response times are quicker,” Shashua said. In addition, unlike other low vision products, OrCam MyEye 2 is not connected to a cloud or Wi-Fi so the information is private and users won’t be left stranded when in areas that have poor mobile-data service.

Amnon sees low vision aids such as OrCam MyEye 2 as a way for people who are visually impaired to regain their independence and rely less on the help of others. “Imagine there is a helper standing next to you, seeing what you are supposed to see, figuring out what visual information you want and whispering into your ear what you are about to see,” he said. OrCam started taking orders six years ago when the device only worked in English and was available to the US market. Now, six years later, the device works in English, Hebrew, German, French,  Spanish, and many more. Many other languages are being worked on and will be available in the near future.

“As the world population ages, we will see an increase in the visually impaired,” said Cheri Wiggs, a director at the U.S. National Institutes of Health. “At this point, we aren’t preventing or curing blindness so any new development in assistive devices for visually impaired is very important.”  OrCam MyEye 2 is one of such low vision products change to “aids” that can impact the lives of people who are visually impaired worldwide.

Empowering the Blind and Visually Impaired

In May 2019, for the first time in the history of mankind, the blind and visually impaired were included equally in a democratic election by using low vision aids. OrCam MyEye 2 was used in the previous Israeli elections to provide the blind and visually impaired voters the discretion and independence they are entitled to while voting. We hope that this will be the first of many civil rights that will be inclusive for people with disabilities among those who can benefit from them equally.

It seems that slowly but surely low vision aids will continue to empower and enable people who are blind and visually impaired and help them improve their quality of life. Assistive devices are adding more advanced features to their product offering which will help people with low vision achieve more in life. In a matter of years, advanced Artificial Intelligence, Machine Learning and even the Internet Of Things technologies will help assistive devices increase the independence of people with visual disabilities.

The smart home is becoming a reality in our lifetime and so will the smart cities. With the way things are going, eventually taking care of errands and even house chores will slowly be done by machines. However, in order to make these technologies accessible for people with disabilities, a lot of research and development needs to take place. This is where companies like OrCam come in.

Fill out the form and an OrCam representative will contact you as soon as possible.